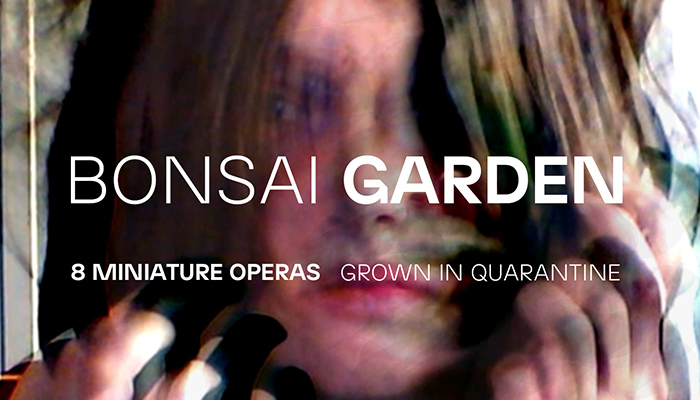 During the first lockdown in the corona pandemic, Jan-Peter de Graaff composed a series of mini-opera’s, produced by Opera Zuid. They were directed by Kenza Koutchoukali and performed by various musicians and singers.

In this mini opera ‘Hands-free’, Amanda is trying to communicate through a text, that is being read out loud. The message consists of a series of emoticons.

We worked with the equipment we had at home at the time, since we weren’t able to meet anyone due to the corona virus. Our rehearsals with Jan-Peter and Kenza took place over Zoom and Skype and every time we finished a recording, we sent it to Jan-Peter so that he could give us his notes. The recordings were made with our own zoom-devices and laptopcamera’s and Zoey van der Heijden (editing) and Hans Erblich (sound) did a great job with the material we sent them. Would you like to see the rest of this mini opera-series? You can find them here, on YouTube.

I feel like I need to devote a bit of my website to composer Jan-Peter de Graaff, since I had the honour to play a part in his very first opera: ‘All Rise!’ (also directed by Kenza), which he wrote for his Bachelor Exam. This happened to also be my very first solo role in an opera ever.

There are no upcoming events.

Can't believe today is already the last day of the

I've been experiencing a lot of 'voorpret' lately

Visit the site of @nationaleoperaballet to watch c

This website uses cookies to improve your experience while you navigate through the website. Out of these, the cookies that are categorized as necessary are stored on your browser as they are essential for the working of basic functionalities of the website. We also use third-party cookies that help us analyze and understand how you use this website. These cookies will be stored in your browser only with your consent. You also have the option to opt-out of these cookies. But opting out of some of these cookies may affect your browsing experience.
Necessary Always Enabled
Necessary cookies are absolutely essential for the website to function properly. These cookies ensure basic functionalities and security features of the website, anonymously.
Functional
Functional cookies help to perform certain functionalities like sharing the content of the website on social media platforms, collect feedbacks, and other third-party features.
Performance
Performance cookies are used to understand and analyze the key performance indexes of the website which helps in delivering a better user experience for the visitors.
Analytics
Analytical cookies are used to understand how visitors interact with the website. These cookies help provide information on metrics the number of visitors, bounce rate, traffic source, etc.
Advertisement
Advertisement cookies are used to provide visitors with relevant ads and marketing campaigns. These cookies track visitors across websites and collect information to provide customized ads.
Others
Other uncategorized cookies are those that are being analyzed and have not been classified into a category as yet.
SAVE & ACCEPT
Scroll Up